The President of “Kyivstar” resigns – media

The President of “Kyivstar” resigns – media

Instead, may be appointed Director General of Beeline in Kazakhstan.

The President of the mobile operator Kyivstar Petro Chernyshov retires.

About it reports “Interfax-Ukraine” with reference to an informed source in the Ukrainian Telecom market.

Blackburn was re-elected as President of “Kyivstar” 14 July 2017 to 13 July 2018. It was previously reported near the end of his contract, but his future plans did not comment.

An Agency source said that the care Chernyshova from the post of head of Kyivstar can be associated with a number of errors in the management of the company. “By and large, focused more on their own PR than the development of the company. Not to mention the fact that this gave the main advantage of “Kyivstar” – frequency”, – said the source Agency.

“Kyivstar” significantly raises the rates: who and when the changes will influence

A number of experts in the industry also believe that one of the reasons for the resignation Chernyshova could serve as his criticism of the President of Ukraine Petro Poroshenko. In April Chernyshov in an interview, criticized Poroshenko for the speech on 4G tender in the 1800 MHz band auction between the second and third lot.

At the same time, the Chairman of the telecommunications chamber of Ukraine Tetiana Popova notes that the end of the work Chernyshova in “Kyivstar” most likely does not mean that he will leave the group Veon.

“It’s not just the President of “Kyivstar”, but is also responsible for several other regions of the holding. Perhaps we will see a separation of positions,” she said.

The SFS explained the reason for the search in “Kyivstar”

According to “Interfax-Ukraine”, on the site Chernyshova may be appointed General Director of Beeline in Kazakhstan Aleksandr Komarov.

About the launch of mobile communication of new generation was reported from two of the three largest operators. New technology allows you to use a significantly fast Internet, compared to the current. 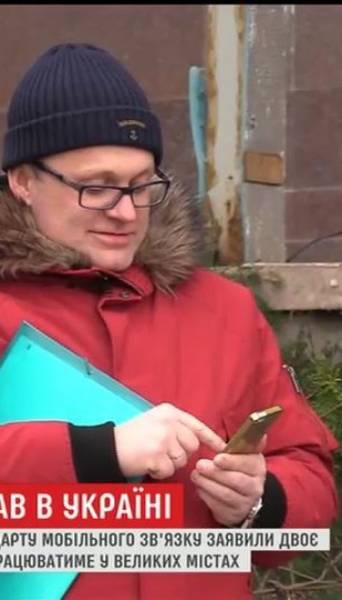