Kyivstar has changed CEO. Chernyshov explained why he left the company 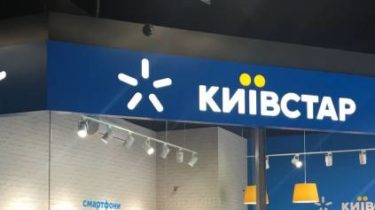 Kyivstar has changed CEO. Chernyshov explained why he left the company

The former head said that he wants to spend more time on yourself.

Former CEO of telecommunications company Kyivstar Petro Chernyshov told that goes with this post to give more attention to himself and his family.

In “Kyivstar” announced the large-scale search

“I recently turned 50 and I very many things looked different. There are many countries that I’d like to visit. There are many books that are long overdue. There are three children, which is almost never enough time – but it is less. And health along with a healthy lifestyle;) And new discoveries, experiences and achievements – I have big plans for myself!” – said Chernyshov.

According to him, during his tenure as the Director of “Kyivstar” company business went up and they beat all competitors in the telecommunications industry. In particular, he told about the record revenues in 2017 and for the first half of 2018.

“What happens next? I’ve been looking for “Kyivstar”: will still be a lot of interesting projects launched and announced in 2018 and, especially, in 2019 – but they are now, may said the new SEO. I send him a growing company in a very good condition, and is confident that Kyivstar will continue to confidently move forward to new records, according to the precepts of Jim Collins book “good to great”, as was the case with “Carlsberg Ukraine” after our separation”, – said Chernyshov.

Life goes on! (English text below) in short: I complete my activity on a post of the Head of region Eurasia and…

Earlier, on 17 July, media reported about resignation of the General Director of “Kyivstar”. According to the source Agency “Interfax”, the resignation Chernyshova may be associated with a number of errors in the management of the company. A number of experts in the industry also believe that one of the reasons for the resignation Chernyshova could serve as his criticism of the President of Ukraine Petro Poroshenko. In April Chernyshov in an interview, criticized Poroshenko for the speech on 4G tender in the 1800 MHz band auction between the second and third lot.

AMC made Kyivstar to reduce tariffs for mobile communications

According to “Interfax-Ukraine”, on the site Chernyshova may be appointed General Director of Beeline in Kazakhstan Aleksandr Komarov.