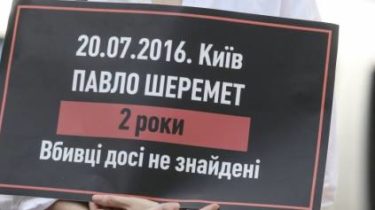 The initiative belongs to one of the offices of the KSCA.

In Kyiv city administration initiated the creation of the Park named journalist Pavel Sheremet, who was killed on 20 July 2016 in the capital.

This is stated in the message of one of the offices at Facebook.

Create a Park proposed in the Management of ecology and natural resources of the KSCA. Support, according to the press service, had deputies Dmitry Belotserkovets and Sergey Leshchenko.

The police identified the person involved in the case Sheremet – Abroskin

“In Kiev will be the square of a name of Pavel Sheremet. With the aim of honoring the memory of an outstanding journalist Pavel Sheremet, who tragically died in the assassination attempt of July 20, 2016, the Office of ecology and natural resources of Kyiv city state administration has initiated the submission of the draft decision city Council on the granting of the status of the Park land area 0,2468 hectares at the intersection of Frunze str. and str Infantry in the Shevchenko district of Kiev and give it the name of Pavel Sheremet”, – stated in the message.

To appear in Kyiv the square of a name of Pavel Sheremet. With the aim of honoring the memory of an outstanding journalist Pavel Sheremet, who…

Published by Directorate of ecology and natural resources of Kyiv city state administration on Friday, July 20 2018

Video settings in Kiev honored the memory of Pavel Sheremet

Morning in the centre of the capital held share in memory of Pavel Sheremet. The journalist died on 20 Jul 2016. According to investigators, in the car, at the wheel which was Sheremet, was laid explosives. 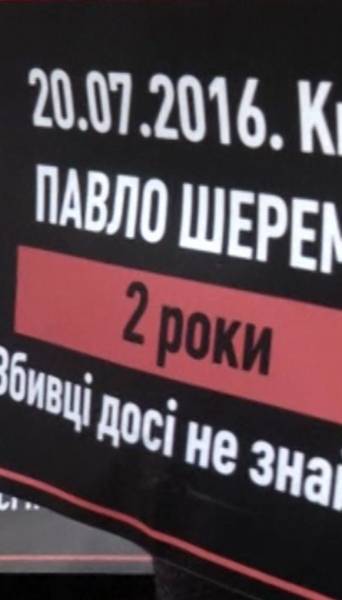 We will remind, in the center of Kiev, on crossing of streets of Ivan Franko and Bogdan Khmelnitsky, where exactly 2 years ago of the murder of journalist Pavel Sheremet, the morning of 20 July held a rally of memory.