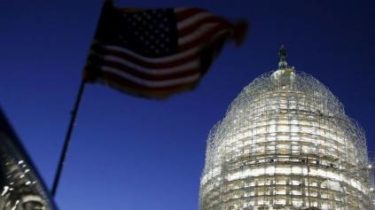 The structure of the Pentagon have already begun the process of concluding the relevant contracts.

The United States has decided to allocate Ukraine $ 200 million for the strengthening of security and defense in the 2018 budget year.

It is reported by the Ukrainian Embassy in the USA on Friday, July 20.

The money will be spent on predostavlenie Ukraine military vehicles and equipment, other equipment and military services, logistics and training of the Armed forces of Ukraine.

“Washington’s decision to grant our state $ 200 million. in 2018, the line of the Pentagon is a Testament to the immutability of the US position on supporting Ukraine in its counter Russian aggression and recognition of the fact that Kyiv continues its gradual progress towards reform of the security sector and defence, evidence of which, in particular, is the introduction of the presidential Law “About national safety”, – is spoken in the message.

In the United States Congress approved the defence budget: $ 350 million provided to Ukraine

It is noted that the structure of the Pentagon have already begun the procedure of concluding contracts for the supply of military equipment and services for the Ukrainian army in 2018.

Earlier, defense Minister Stepan Poltorak, after talks with his U.S. counterpart James Mattis reported that the United States will provide Ukraine $ 100 million to strengthen the defense capability of the army. The Minister also spoke about the signed agreements on the supply of arms from Canada, military cooperation with Poland and negotiations concerning the supply of the UK.

The U.S. Embassy in Ukraine/Twitter