Fatal crash with a Hummer and a night fire in Kiev. Five things you might oversleep 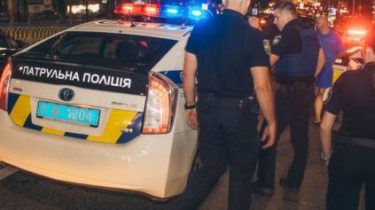 Fatal crash with a Hummer and a night fire in Kiev. Five things you might oversleep

1. In Kiev, on Lesya Ukrainka Boulevard, 5 the driver of a Hummer hit a ten-year girl. From the received traumas the child died on the spot. According to preliminary information, ten-year-old girl and her mother crossed the road at the regulated pedestrian crossing on a green light. At this time, the Hummer, not stopping on red, hit a child and tried to escape from the scene. The patrol was able to locate and detain the intruder. Read more⇒

2. The Hummer driver who knocked down and killed a ten-year girl on a pedestrian crossing in Kiev, was a former boxer and now – Director, owner and investor of a local firm. About it reports Kyiv.Operational. Read more⇒

3. In the Internet appeared the video of the arrest of the driver of the Hummer that killed a ten-year child. According to preliminary information, the child’s body cars stretched more than 50 meters after impact. Read more⇒

4. In Kiev, a fire broke out in an old house on Saksaganskogo street.The fire evacuated 20 people. Read more⇒

5. In Kiev on the street Vadym Hetman, 1B there was a fire. Burned the premises of the tattoo parlor on the ground floor of a 26-storey building. According to preliminary information, the fire covered an area of about 10 square meters. Read more⇒