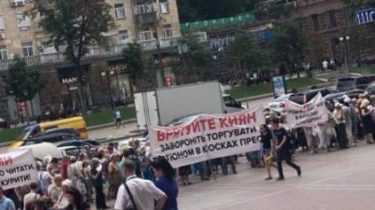 Activists in Kiev has accused “Soyuzpechat” in the illegal sale of cigarettes.

Activists in Kiev under the walls of the Kyiv city state administration (KCSA) demanded to stop the sale of cigarettes in kiosks “Sayuzdruk.”

About it reports “RBC”

In particular, according to the newspaper, the activists appealed to the head of the Kyiv city Council Commission on trade, entrepreneurship and regulatory policy Alexander Brodsky to intervene in the situation and not to allow reformatting Kiosks “Soyuzpechat” in the tobacco kiosks. According to the protesters, today “Soyuzpechat” “destroy as a class the print media, underpaid millions of hryvnia to the city budget deals with the promotion of Smoking”.

As noted by the media since the beginning of the year owners “of the Agency Soyuzpechat” officially changed functionality with press sales on the sale of cigarettes in 8 of their Kiosks. More than 130 such applications filed in the KSCA, however, the city strongly opposed reducing the number of points with the press, especially due to the development of the tobacco network, says the publication. According to activists, more than 100 points in their network to distribute tobacco products today, and the remaining 200 in the plan for this year. 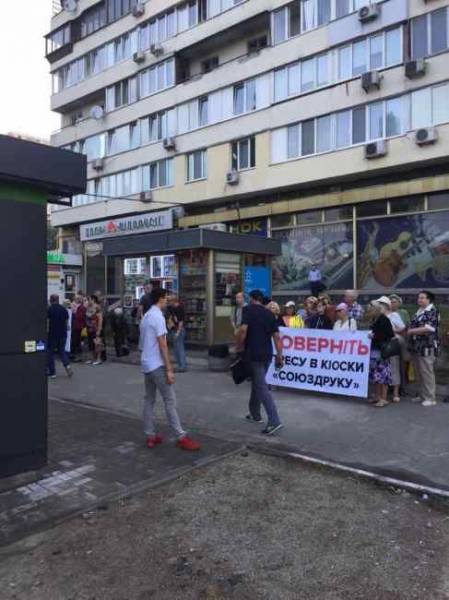 According to the activist Sergey Fadeev, “Soyuzpechat” allegedly entered into conspiracy with one of the monopoly distributors market the sale of cigarettes and gradually wants to give him its network of Kiosks. Press sales – a low margin, but the “Soyuzpechat” has more than 300 stalls in the most favorable locations and the city pays the lowest coefficient of functional purposes in the year they pay from 2 to 3.5 thousand UAH, said the activist.

Thus, according to the protesters, “Soyuzpechat”, feeling support from the cigarette monopoly, “down to the banal blackmail”. They allegedly put forward KSCA conditions that will stop the “information war” if the officials will allow them to close the points of sale of Newspapers and convert them in cigarette shops. 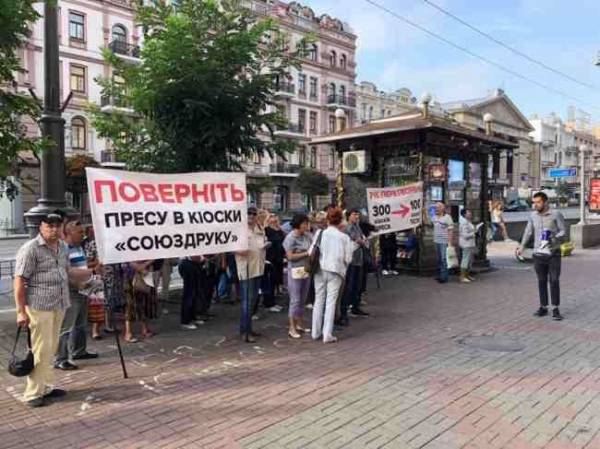 In turn, in Kiev said it will not succumb to blackmail. Times “Soyuzpechat” unable to engage in their activities, then, must be done by others on the basis of a fair an organized contest. According to the newspaper, KSCA is developing a system of access to print media directly to the buyer without any impact on their monopoly.