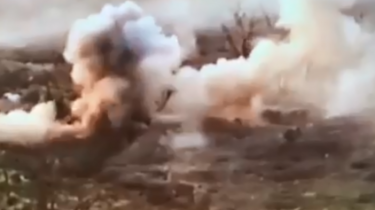 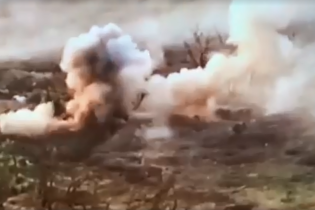 It is alleged that during this killed one gunman.

In the Internet appeared the video of the destruction of the Ukrainian military dugout of militants.

The video was published by the volunteer Serge Marco in Facebook.

According to him, the result was hit in the dugout, one gunman was killed and three wounded. “Not allowed to shoot caliber – it still needs to adjust”, he added. However, the volunteer did not specify when it happened.

We will remind, for last days, on July 26, militants ORDA 32 times fired at the Ukrainian positions in the Donbas, causing one soldier APU died, another was injured. According to intelligence reports over the past day, two invaders were killed and two were injured.