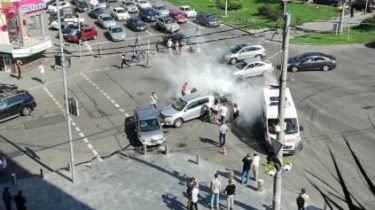 Machine nearly flew onto the sidewalk, where there were dozens of people.

In the center of Kiev near shopping center Gulliver occurred triple the accident Hyundai, Toyota and Volkswagen.

This is reported by eyewitnesses of road accident in public “, Kiev operative” and dtp.kiev.ua in Facebook.

In nikolayevshchina the truck to death covered with materials pedestrian

As noted, the driver of the Volkswagen grossly violated traffic Rules and ran the red traffic signal, rammed the Hyundai, the car flew onto the sidewalk, where it crashed into protective poles that saved pedestrians from collision. 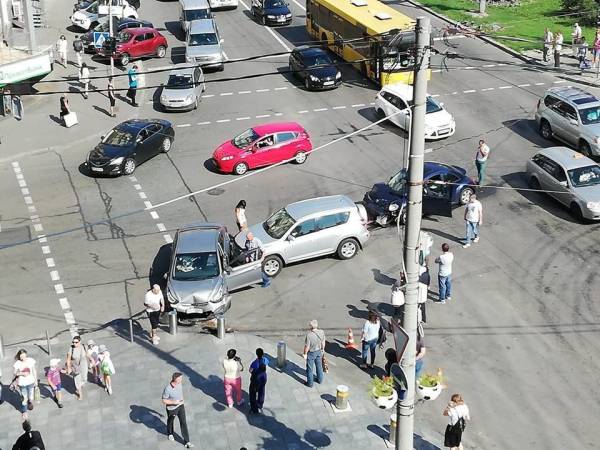 Facebook/Irene Machushenko
A massive accident in the center of Kiev

According to preliminary data, victims are not present, however, suffered by the passenger of the Hyundai, who at the time of the crash broke the head a windshield. Now information on victims is specified.

In addition, the eyewitnesses said that VW in the collision caught fire. It was extinguished with a fire extinguisher.

We will remind, earlier in Poltava collector car collided with a policeman and turned over. According to unconfirmed reports, the accident has injured several people. Later in the Internet appeared the video of the accident.