Twice conquered death: the young American boy had a cancer and has survived decapitation 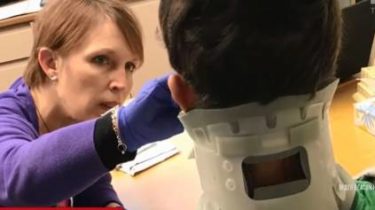 Twice conquered death: the young American boy had a cancer and has survived decapitation

After a year of intensive rehabilitation the boy will be able to return to normal life.

American doctors told the unique story of a guywho at age 16 had a cancer and at 22 got into a terrible accident that severed the skull from the body. Doctors say that 70% of patients with such injuries die instantly, but this guy not only survived, but returned to normal, according to a story TSN.19:30.

“It was a Friday night as usually I was with friends. We didn’t know what the roads are slippery, suddenly flew into a ditch, my head broke the window,” recalls Brock Maester. From the car it took the doctors did x-rays and immediately sent to the neurosurgeon. He didn’t believe his own eyes: the guy was internal decapitation, because the skull is completely severed from the spine. Was torn all the ligaments, the head is kept only on the skin. Happiness Brock was that doctors from the ambulance managed to fix it so that it didn’t move. If slipped the head in millimeters – save him would be impossible.

Despite the great risks, the young man decided to emergency surgery, because the doctor needs to insert in the neck plate and screws. The surgery was extremely difficult and lasted for five hours. Doctors do not hide the surprise result of the patient not just alive, but is already walking and ready to return to normal life. “I was lucky enough not only to survive but also to stay in good condition. I can move. If you didn’t know me, guess what happened to me?”, – asks Brock.

Videoamerican doctors saved a guy during a crash decapitated

American doctors told the unique story of a guy who was born in the shirt. At 16, he overcame cancer, 22 – were in a terrible accident. Terrible conclusion of doctors – internal decapitation. The skull of a young man torn from the body. 70% of patients – according to doctors – die instantly, another 15 – in the hospital. But the guy survived and returned to normal life. 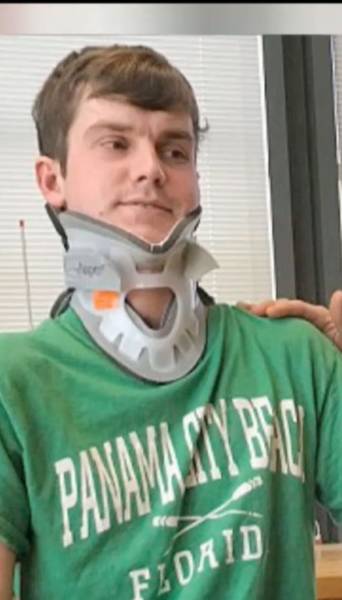