In Kiev after the mass poisoning of tens dismantled but 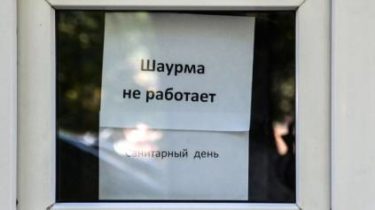 In Kiev after the mass poisoning of tens dismantled but

In the capital, continuing the examination of points of sale of street food.

In Kiev dismantled the Shawarma, which massively poisoned people.

About it reported in a press-the centre of Gospodarevskaya capital.

“The Department of municipal improvement of Kyiv city state administration dismantled 20 illegal facilities, where he produced and was selling Shawarma without permits,” – said in the message.

As noted, currently in Kiev, continuing the measures for the examination of the points of sale of street food to prevent the occurrence of acute intestinal infections currently examined 59 objects suspended 25 objects.

“The results of the survey at the facilities revealed a number of violations of sanitary legislation and legislation in the security field and of selected indicators of the quality of the food, in connection with which the criminal proceedings under part 1 of article 325 of the Criminal code of Ukraine. Also decided to suspend production and/or treatment of food products of plant for the manufacture of meat products and the Protocol for the sum of six times the minimum”, – added in Department.

Separately noted that the outbreak of poisoning localized, new cases were not registered.

Videogiochi with Shawarma, which was poisoned 70 people, sold without permission

All poisonous Shawarma in Kiev belongs to one owner, and the meat brought one supplier. This was stated by the Metropolitan civil service on security products. 70 Kiev for a few days poisoned Shawarma is probably infected with Salmonella. Sellers face criminal liability. 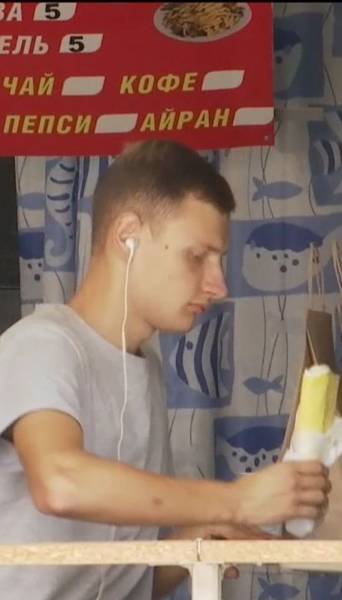 Recall that in Kiev, people massively poisoned Shawarma. First, the victims of poisoning was 16, later their number increased and is now close to a hundred. People poisoned fast food in four different locations of Kiev near the metro station “Darnitsa”, “Forest”, at the Postal square and Obolon. The state foods and consumer service found that all these outlets are owned by a single owner and stop their activities