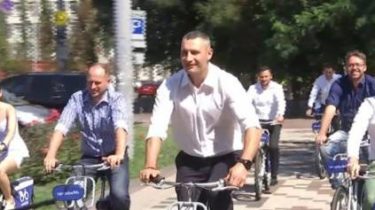 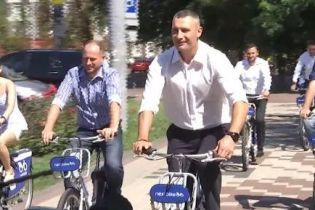 A few months will come into force the law on Parking.

The Kyiv city government plans to build Bicycle lanes sidewalks that have the desired width. This was told to journalists by the mayor of Kiev Vitali Klitschko, the correspondent of TSN.

The biggest problem is cars that are parked in a pedestrian area.

“Do we have now, the program begins on all routes. A large number of sidewalks that allow you to make bike lanes loaded cars. Two months later, comes into force the law on Parking lots where we will have every reason to release all sidewalks and build bike paths there where allows. We also have a project of several routes, where public transport lane can also be used by cyclists,” – said Klitschko.

The mayor also noted that Parking in downtown is a way to encourage citizens to use public and eco-vehicles, as well as to relieve the streets from the machines.

We will remind, today in Kiev, presented a minute-by-minute service Bicycle rental – open 33 points. Half an hour trip you will have to pay 30 hryvnia. Although the leadership of the Kyiv city state administration and attended the presentation, but the service is private. It is not spent budgetary funds, at the same time profit to the city will be only in the form of tax from the entrepreneur.

A feast for lovers of Cycling! Today in Kiev starts to work 33 sites with online Bicycle rental. In the world this system is called “bike-sharing”. Where to find these bikes, how much is the rent and how to download a special app – watch now! 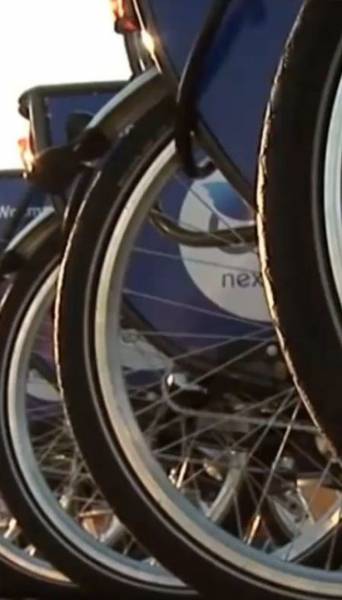