During shelling militants were wounded Ukrainian soldier. The situation in the Donbass 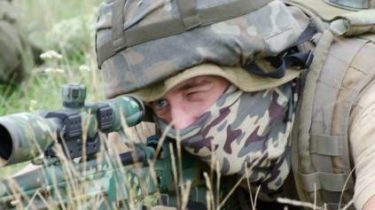 During shelling militants were wounded Ukrainian soldier. The situation in the Donbass

The Ukrainian army says in control of the situation on the front.

During Friday, August 17, from seven in the morning until 18:00, on Donbass fighters of 14 times fired at the Ukrainian positions. Heavy weapons are not used.

“The occupants opened fire from grenade launchers, heavy machine guns and small arms on positions of the joint forces in areas of settlements Crimean, Novozvanivka, Krasnogorovka, Chermalyk, Pavlopol, Water, Lebedinskoye and Shyrokyne,” reads the summary of the press center of the joint forces.

During the combat action one Ukrainian soldier was injured.

“The situation in the area of operations of the combined forces remains under control”, – assure in a press-the center.

We will remind, on Donbass the Ukrainian military destroyed a Russian drone.