Ukraine has received from the US, two of the station counterbattery 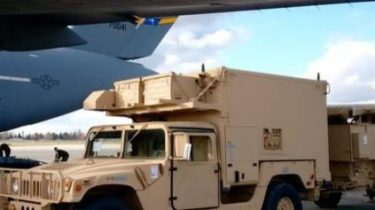 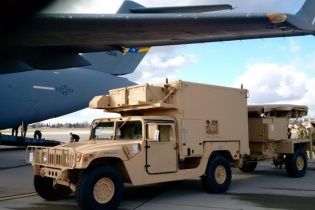 Ukraine has received from the US, two of the station counterbattery

The radars will be installed on military vehicles “Hummer”.

The armed forces of Ukraine received from the United States two station counter-battery AN/TPQ-36 for military vehicles “Hummer”. Now the number of such radars in service with the Ukrainian army exceeded ten, UNIAN reports.

According to the Ambassador of the USA in Ukraine, Marie Yovanovitch, in General, the U.S. gave Ukraine 11 stations, which will prevent civilian casualties from enemy attacks. ”Russian-led forces will no longer be able with impunity to strike at the civilian population and the Armed forces of Ukraine. Radar AN/TPQ-36 allow you to clearly define and provide the necessary information to artillery units of the Armed forces of Ukraine in order to hit the position and the enemy forces, while avoiding the concomitant destruction,” the Ambassador said.

Counterbattery radars the US has already brought to Ukraine

Also Jovanovic explained that a certain number of contributorily radars already deployed in the East of Ukraine to improve the capability of the APU to detect and respond to enemy fire. The Ambassador stressed that these radars are a ”very important part of the aid security in the amount of more than $ 1 billion provided to Ukraine in 2014”. The diplomat explained that the US is providing Ukraine this assistance because of the correct positions to defend the sovereignty and territorial integrity of our state. ”We will continue to cooperate with the Armed forces of Ukraine, to help strengthen their military capabilities”, said Jovanovic.

Videobeam from the ATO zone will give four georadar detectors, donated by the government of Japan