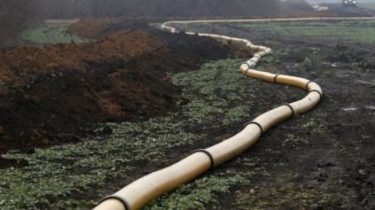 The construction of a pipeline to Avdeevka © UNIAN

The question is on control at the President.

Monday, August 20, Avdeevka and a number of settlements of Yasynuvata district will be connected to the gas supply.

This was announced by the head of the Donetsk regional military-civil administration Alexander Kuze.

“On Monday we will begin work on the start-up gas to the residents of the Town and seven villages yasinovatskiy area – Orlovka, Swallow, Krasnogorovka, Etilovogo, Thin, may day and Water. For the second day in a row, the specialists of the gas companies are working on filling in distribution networks,” wrote CuCl in Facebook.

He noted that the issue of gas supply Avdiivka and Yasynuvata district is on personal control of the President of Petro Poroshenko.

We will remind, during the day, August 18, fighters of “DNR/LNR” in the Donbass 43 times violated the silence shelling of the Ukrainian military.