Kiev prepares for a new storm: the city will inspect all dug potholes 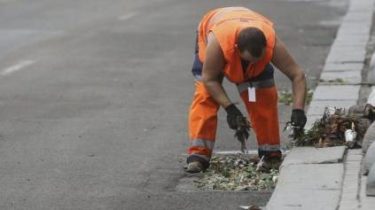 Kiev prepares for a new storm: the city will inspect all dug potholes

The mayor of the city ordered an inspection to be ready for the bad weather.

The mayor of Kiev Vitali Klitschko ordered to check all shopping malls with underground Parking and dug a pit on the road.

The effects of rain, kotoryy occurred at the end of last week, continued to liquidate on Monday, August 20. Waiting for a check from city hall, mud from the underground Parking of the shopping center in the center of the city were taken by tractor and road workers during the day removed damaged asphalt and lay new.

That destroyed the road, the head of Kyivavtodor accuses construction nearby. A new skyscraper pave the communication. They dug under the pit is flooded with rain water went under the ground and washed away the asphalt on the streets.

But the money spent on the new road promised to recover from the contractors who laid the pipes. Besides, that is not to happen again in Kiev begin a new inspection pits. All digging will check whether they are ready for the bad weather.

Such instructions were given by the Chairman of Kiev Vitali Klitschko, checking, as Kiev overcomes the effects of the weather. Capital still not recovered from the rain that covered the city centre in the night on Sunday. Cars floated roads, shops flooded, and one of the Central streets in the literal sense failed. 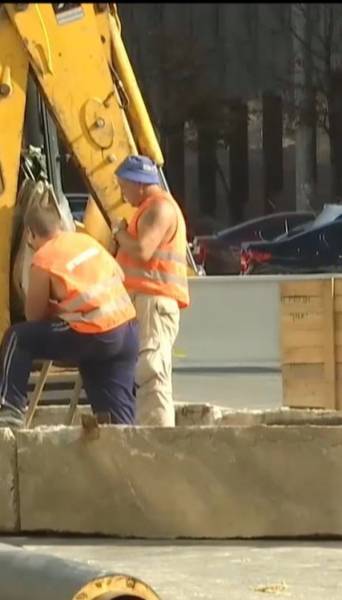