Moldova has found an alternative to Russian gas 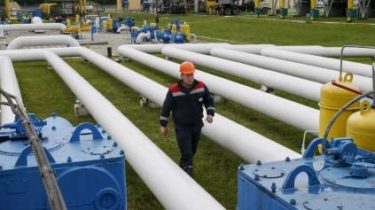 Moldova has found an alternative to Russian gas

The current agreement is valid until the end of 2019.

The Moldovan authorities after 2019 can refuse to cooperate with the Russian “Gazprom“. At least to sign a new contract and don’t plan. Gas want to buy in neighboring Romania – a new pipeline will be built this year.

In an interview with one of the TV channels said the Minister of economy and infrastructure of Moldova Chiril Gaburici, reports “Interfax-Russia”.

“The current contract was repeatedly extended. It is valid until the end of 2019. Therefore, we will not conduct negotiations on signing a new contract with “Gazprom”, – said the Premier.

Construction of the pipeline to Chisinau-Ungheni, which will connect the Moldovan gas system analyst, will begin in late August.

“Until it is commissioned, the pipeline Chisinau-Ungheni, the Moldovan government will not negotiate a new contract for the supply of natural gas from the Russian concern “Gazprom”. We want to have as soon as possible became available to an alternative gas. Then there will be competition, and everyone will fight for us as a customer. And some, and others will offer us best prices. Those involved in sales, you know what needs to be done to ensure that the client bought from you. And then we will have a free hand and we will know how to conduct further negotiations to obtain the most favorable terms,” – said the Minister.

Now Moldova buys gas from “Gazprom” under the current contract, which was signed in 2008. Every year the contract is extended. Under the terms, the price is calculated on a quarterly basis depending on the price of oil on world markets. The current agreement on gas supplies to Moldova in force until 31 December 2019.