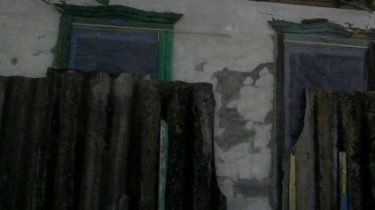 Fired at a house in Luhansk. Archival photo © Facebook/the press-center of staff ATO

The deceased left a wife and two children.

Today, August 24, in the village of Vrubivka Popasnyansky region of the Luhansk region killed a civilian. This was announced by the Chairman of the Lugansk state administration Yuriy Garbuz.

“It happened about five o’clock in the morning. A shell hit the house where lived the family of the deceased. Man born in 1983, died from his injuries. He is survived by his wife and two children. I sincerely sympathize with the grief of the relatives”, – wrote the head of the field.

As it became known TSN, the militants fired in the direction of peaceful settlement of six 152-mm shells. The Victim – Andrey Oleynik. He was severely wounded and died in the carriage of an emergency, did not have time to take to the hospital.

My dear fellow countrymen! In Holy for the Ukrainians the Day of our independence as a result of artillery shelling…

In addition, the village damaged the school premises and four two-storey houses. Morning all services are at the scene.

Recall the past days in the zone of the fighting, according to official data, killed five soldiers, according to TSN – a minimum of six. There are wounded.