In Kiev refuse to serve in Ukrainian. What to do and how to protect their right 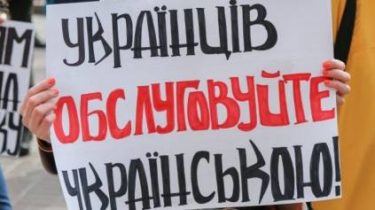 In Kiev refuse to serve in Ukrainian. What to do and how to protect their right

In some places I suggest to go to “special places”, where they speak Ukrainian.

Ukraine 27 years trying not only to preserve their independence, but also the Ukrainian language. TSN.Week conducted an experiment regarding compliance with the norms of language in the center of Kiev. The language Inspectorate began with a supermarket on the Bessarabian square. The consultant replied in Russian, because, according to him, he does not speak Ukrainian.

In other places of the capital of Ukraine had a similar language situation. In particular, the bar “the Warehouse” in an aggressive manner don’t want to go to the Ukrainian and offer to go to relax in the “special places” where people speak Ukrainian, because “Warehouse” – “normal school”.

While in Lviv, Svyatoslav, the word “court” of “appeal” and “court” during the short interview he said probably 50 times. Six years ago, won his first trial for the Ukrainian language. On the washing machine all the commands were written in Russian. He was not afraid to sue a global giant home appliance and won.

See also:
Ukraine for 26 years has lost population as a Greece or Portugal

The case lasted a year and a half. As a result, now we can see the washing machine in most cases labeled in the Ukrainian language.

Since Svyatoslav Litinsky won the case with pharmacies, supermarkets, appliance stores and most paradoxically with government agencies. In particular, the immigration service that refused to renew the passport without the Russian dubbing of the data on the second page, “Ukrzaliznytsia”, where the conductor refused to speak in public. And now it turns a lot of people for advice.

In the meantime, we have Concluzia of Ukraine, decisions of local authorities, the law on protection of consumer rights, which require the service sector to switch to Ukrainian. They will help to defend their right to Ukrainian. If you were refused service in the Ukrainian language, to go to court their complaints should be recorded, to apply to the administration of the institution. “You need to speak with the administration, shop and write a book of complaints and suggestions. If the situation does not change, then you can sue. But that people are not discriminated against, you need to have one law on the state language, which clearly prescribed that in all public spheres where the state language may be used and other languages at the request of a consumer,” – said the activist Andrey resin.

See also:
“We did not seek to make a revolution.” Who was working on a new spelling and why it decided to change

Another situation in the Zaporozhye school catering, which was opened by the Italian Fabrizio Kosh. The restaurant use of the Ukrainian language, what does the wife of the restaurateur Natalia Zaretsky. During the opening of the restaurant they were confronted with the problem. When recruiting staff, the majority of people refused to go to work, where it is necessary to speak Ukrainian.

“The fact that Russia seized thus Ukraine, speaking about the oppression of Russian-speaking population. I decided that it was wrong, and the Ukrainian language needs to revive your country, to make it complete. This will help You to get out from under influence of Russia,” – said the Italian Cochet.

Ukraine and until now in the world I believe a little Russian.

Capital institutions are actively denied service in the Ukrainian language, and sometimes vignaud for the request to speak in public. TSN.Week decided to conduct an inspection in Kyiv and other cities, took the aggression, violation of consumer rights and found the person who knows the language laws and has already won 6 cases with pharmacies, supermarkets, shops and even government bodies. 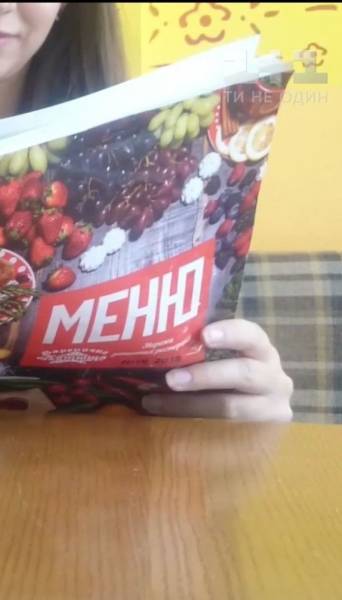