In Kiev, the bus rammed the bus, people got hurt 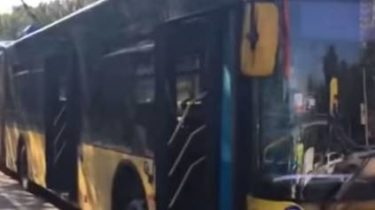 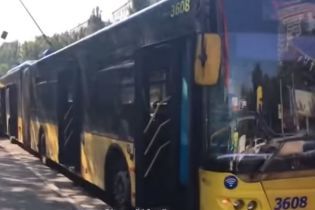 In Kiev, the bus rammed the bus, people got hurt

Marshrutchiki admitted that he caused an accident.

In Kiev on the street Helen Teligi bus drove into the bus.

Eyewitnesses report about it on the page “Operational Kiev” in Facebook.

“The accident between a public bus and trolley bus occurred this afternoon on Eleny Teligi. According to information from the driver of the Shuttle bus No. 421, it is not adhered to a safe distance, causing and accident with a 27-m a trolley bus”, – is spoken in the message.

According to preliminary data, the accident with various injuries was hospitalized 4 people.

As seen in the video, during a collision had broken the windshield of the bus also damaged the bus. At the scene worked for the police. Due to an accident congestion in the direction of metro station “pochayna”.

We will remind, earlier in Kiev the accident with three cars caused a traffic jam on the Boulevard of Friendship of Peoples. The driver suffered one of the machines.