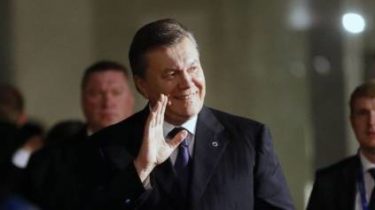 It comes to 3 billion debt on Eurobonds.

The court of appeal of England and Wales on 14 September will make the final decision on the claim of the Russian Federation to Ukraine Eurobond debt of $3 billion, the so-called “debt of Yanukovych”.

This is stated in the schedule published on the court’s website.

Russia will be the court to submit to “the Law Debenture Trust Corporation P. L. C”, Ukraine – the Minister of Finance, who will act on behalf of the Cabinet of Ministers of Ukraine.

See also:
Russia wants to discuss Yanukovych’s debt with other countries, but not Ukraine

We will remind, the government of Mykola Azarov has received a loan in the framework of agreements between Russian President Vladimir Putin and then-President Viktor Yanukovych in December 2013. Borrowing was issued through the redemption of Eurobonds of Ukraine at $ 3 billion through the Irish stock exchange. In 2015, the Russian side did not accept the terms of debt restructuring, demanding from Kiev for his return. The Ukrainian government refused to acknowledge the debt to official and insisted on its commercial basis.

London’s high court had summarily to hear the case in respect of the debt. Russia demanded expedited review and asked to ignore in the Crimea. Instead, the Ukrainian side submitted a written explanation of the necessity for a full trial.