The TAG held a meeting in videoconference: what he was talking about 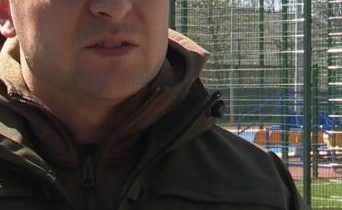 In the beginning of the meeting the Ukrainian side welcomed the participants of the TAG with a successful mutual release of the detainees, which took place on April 16.

On 22 April the next meeting of the Trilateral contact group on settling the situation in the Donbass in the format of a videoconference, according to the Office of the President of Ukraine.

It is noted that in the framework of the TKG will create a working group of Russian and Ukrainian border guards for the resumption of the Ukrainian control over the state border. “On the fulfillment of agreements reached at the December summit of leaders “Channel four” in Paris, the Ukrainian side initiated the establishment within the pipeline working group with participation of representatives of border guard and customs services of Ukraine and Russia and the mediators from the OSCE for development of mechanism of restoring Ukrainian control over the state border. The possibility of creation of such groups set out in paragraph 13 of the Complex of measures on implementation of Minsk agreements”, – stated in the message.

Also in the framework of the group continued the work on the definition of the following sites of breeding of forces and means. The Ukrainian side insists that such areas should meet the needs of humanitarian character and to create centers of security for local residents – citizens of Ukraine.

In the humanitarian group continued the lists for the next stage of the mutual release of detained persons. It was also noted the achievement of the Ukrainian side in terms of the humanitarian demining of social facilities, particularly schools, kindergartens, hospitals, cemeteries and the like. In addition, members of the TAG, based on humanitarian criteria, agreed on necessity of intensification of preparation for the opening of a new PPC on the demarcation line.

During operation, the political group of Ukraine stressed the need of implementation of the agreements of the leaders of the “Normandy Quartet” reached at the summit in Paris, to hold the next meeting in Berlin in the near future. In addition, the Ukrainian side once again categorically denied the possibility of recognition of special status ORDO in the Constitution.

Also during the meeting was discussed the intensification in the part of the procedural work of the TAG. The Ukrainian side has initiated carrying out of extraordinary meeting of the group on security issues in the near future and supported the initiative of the UN Secretary-General on the introduction of a permanent and indefinite ceasefire on the line of demarcation.

Recall that the Ukraine in the afternoon of 16 April during the exchange of detainees with ARDLA returned 20 of their citizens, who for years was kept in inhuman conditions. Exchanges were conducted separately in the Luhansk and Donetsk regions. The Ukrainian side gave the rebels 14 people. Three refused to go to the occupied territories. After his release, the former captives go, but not home for two weeks for observation.

Vladimir Zelensky commented on the exchange of prisoners in the Donbass

Vladimir Zelensky commented on the exchange of prisoners in the Donbass